With the new year, I’m deciding to change my reading habit a bit by adding ratings to hopeful make my feelings a bit clearer, if not to also leave a more meaningful impact on certain books I greatly disagree with or loath. Therefore, I will be adding that rating here as well. Or at least, I hope.

First up, I read throughout the month the three main parts of the ‘With Gods’ series, a Korean webtoon that was later compiled into these books. I already knew a lot about Korean myths, so this read fortified what I already knew but with the added bonus of creative new things, along with some much needed Korean practice. Unfortunately, for all readers out there, this only comes in the Korean—for now.

Next, I tackled Why Nations Fail. I really enjoyed Rational Optimist and wanted something in the same ilk. This book did not disappoint. Through many strong historic examples, the two authors back their theory while dispelling the old outdated ones—some I’ve heard before and always didn’t fully see as plausible. On the other hand, their theory does make a lot of sense, though that doesn’t mean it is any easier to implement. A definite read if you want to understand why we’re rich and Mexico is still behind.

Then came a quick read, Ready Player One. I wanted to get this one down and out of the way before Spielberg’s version hits theaters. With all the hype it’s getting, my expectations were high, and for that reason, maybe, I didn’t fully take to this sci-fi romp. The beginning was good—don’t get me wrong—but shortly after things fell apart as it indulged in nostalgia way too much. Instead of tapping into some strong issues that could have been addressed, it played distant and light and…ultimately weak.

Wanting to step it up a notch, I dove into The World According to Garp. This book sucked up so much of my time. I really loved Owen Meany, so wanted to try a new Irving tome. I wouldn’t say I was disappointed, but I did find myself questioning the direction of this book. In many ways, the story mimicked the author’s life, which Meany did too. Like his other work, it did have the depth and ups and downs that make it feel like you’ve lived long with these characters, but I’m still on the fence whether that makes it good, a classic, or just thick lit. I’m not sure.

Having read a strange list of Modern Classics, I located Goodbye Sadness. I had never heard of it, but supposedly it was a big deal, especially right when it came out as its author was young and French and female. I gave it a shot. For one, the book was short, making me think it might land hard and dramatic, but overall, it was very self-indulgent. The main character waxed on and on and really had very little to like about her. For a female, I wouldn’t be proud to have her among my gender. Then when it came to the end, it was a bit expected and flat.

With a supposed classic disappointing me, I decided to move onto what I believe was middle grade, if not YA, for something lighter with If I Stay. Many have toted how much they loved it, and like all younger readers’ books, this took me little time to get through, though I wasn’t very rewarded. The plot was thin, the characters loosely drawn with habits and large encompassing passions that I guess were supposed to make up for depth or verisimilitude. Then, guess what? She stays with little to nothing of action. Not a fan, sadly.

Wanting more, I dove into a stalwart of fun—Keiko Higashino and his work, The Name of the Game is Kidnapping. It started out a bit weaker compared to his other novels, but shortly after snapped into the normal fun, twisted sense of storytelling that I enjoy. And as always the end messed with your head. True, nothing too new here, but it is done so expertly well that it feels impossible to knock it too much. Good read.

Delving back into the classics, I picked a long time waiting read from my kindle TBR, Jennifer Egan’s Visit from the Goon Squad. Right away I didn’t know what to think. The first chapter read like any other modern day novel with its heavy descriptions and angst, a bit lost individuals, but soon with the flow and jumping through time and character heads, I got to enjoy it. On top of that, the idea that time is a goon to us all, though not to revolutionary—nor very relevant to myself (I’ve never been so somber about the passing of time as these characters)—the way she fit her theme in was fun and interesting. She definitely won me over to read more from her. 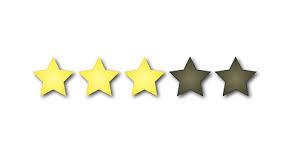 Getting a book in the mail that my wife and I have been curious about for a while, I opened Echo. So many students have gone crazy for this, so I wanted to like it as well, despite it’s immense size. However, looks are deceiving. For one, the size is less impressive when the font is taken in consideration. Secondly, the myth of three sisters mixed so poorly into three people’s stories was weakly done. I like myth to be much bigger. On top of that, each story just barely scratched the surface of anything beyond what was expected. Sadly, this book didn’t live up to its hype.

Then I went on to more Kindle TBR with The Audacity of Hope. This book blew me away and made me even more a fan of this ex-president, wishing we had him in office all over again. His words are well constructed and elegant, not to mention meticulously thought over. His ideas made me think and see how fixing the world isn’t easy, but how doing it certain ways made more sense. In the end, I want to read his other one, and became firmly convinced that a life in politics would never suit me. You need a certain zest, and he definitely had it.

To break my brain, I went onto more TBR with Calvino’s If on a Winter’s Night a Traveler. I’ve read his essays before and found this book very similar—in a good way. He consistently made me reorganize the way I looked a reading and writing and found many times I felt similarly. The way he nailed it down in this strange Borges manner was more than well done. It’s a small book, but it took a lot to finish and was worth it. Awesome.

Then onto lighter brain wear and tear, Gentlemen’s Guide to Vice and Virtue. The start was dreadful and had me ruing it immediately, but as soon as he makes it to France, about 15% in, it really picked up. The characters grew slightly, but not enough—still, I can see why they shouldn’t have. The main character, Monty, had to stay his selfish, mocking self to keep it light while moving around this jostling plot. In the end, however, the enjoyment fell flat with a less than spectacular ending. I heard there’s a sequel coming out soon. I doubt I’ll try.

Finally, the end, with a student read—Dear Martin. Having read THUG, last year, I wanted to try this one. Initially, I thought it would run similar lines, but I was wrong. If I had to pick again, this book, despite its smaller size, is the much better teaching tool. The better read, too. Where THUG had a female main, this one follows Justyce, a male protagonist, and seeing a lot of this police on black violence affects males, it seems only natural to tackle it from that perspective. It hits all the points, spot on. Loved it.

2) New project: Nothing yet

I finished a lot this month, not to mention some of my beta readers are responding to my story with good reviews and ideas. I hope to get further along with some student work and the workbook as well.