(between show and tell)

Any writer who’s ever read a book on writing, taken a class on it, or just received a critical review will have heard about the idea of ‘showing, not telling.’ I’m not here to necessarily rehash what many of us already know. Only recently—getting a review that stated I should do more showing than telling—did I realize this is a much more difficult issue to address. Although most of the time you should show your story, at certain points, telling is needed and much preferred. This does not make it any less tricky.

We all know stories are made up of scenes—scenes of dialogue, scenes of action, scenes of emotion. And when we are dealing with key scenes that pertain to the plot or push it forward, it is always best for an author to show, show, show. But a story is more than that.

Ambiguity begins to set in when it comes to summaries. Summaries are telling. There is no doubt about it, and they are needed. If everything were presented in ‘Show’-mode, the weight and intensity of the story would crush the reader. Think Transformer fight scenes where the CGI goes crazy. Like this, we feel overloaded with no pauses to highlight the action. This is partly what summaries do. They connect scenes and give the reader a chance to get ready for what’s coming next. 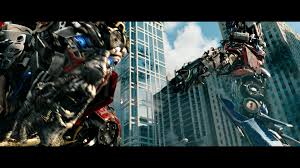 The difficulty arises when we have to decide what to make a scene and what not to. Some authors decide differently, and it’s a matter of opinion. Certain authors like to show every decision a character makes. They feel that it not only exemplifies the character but also is key to the plot. However, this may not always be true.

Some character decisions are necessary but don’t need to be showed fully to the reader. A good reporting of the event can help move the story to the more important elements of the plot.

For example, in the beginning of ‘The Great Gatsby,’ Nick summarizes how he got to New York City after having participated in the war. Fitzgerald could have shown us Nick’s time in the war, or even the conversation he had with the roommate with whom he rented the house next to Gatsby’s. Ultimately, this roommate would leave and wasn’t key to any parts of the story, so he and this interaction was cut. The first real scene starts when Nick meets up with his cousin and the antagonist, Tom.

Then, what should be done?

Ultimately, you, the author, must decide what is important, but the scene you choose to display should be an exciting one. If the interaction is minimal and not exciting (and you should be able to tell the difference) then summarize it and get to the intense stuff. But know that there will always be someone out there who might have done it differently, and might, in the end, disagree with you. 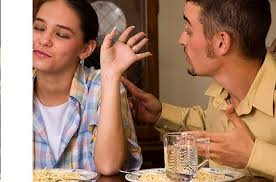 2 thoughts on “The Fine Line (between show and tell)”